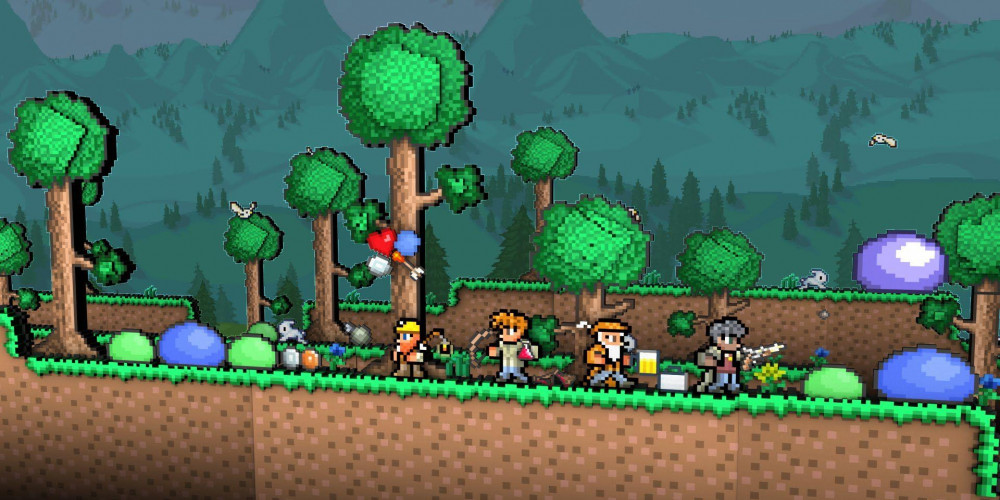 In Minecraft, the player is able to view the world as a 3D model. Terraria, on the other hand, is 2D and does not use a 3D model.

2. The world of Minecraft is procedurally generated, Terraria’s world is set

In Minecraft, the player is able to create and explore a procedurally generated world. Terraria, on the other hand, generates its world beforehand and it has limits to how far can you go in each direction.

3. In Minecraft, the player can build structures and structures can be viewed from all angles

4. Terraria has more weapons and mobs

Terraria has way more options of weaponry you can use and mobs you can fight. For instance, in Terraria, the player can use weapons such as swords, bows, guns, grenade launchers and magic wands. In contrast, in Minecraft, the player can only use swords, axes, bows and crossbows.

Terraria has way more bosses in general and after you beat the Wall Of Flesh, new biomes, mobs and ores are going to generate. This results in much more diverse and action-packed gameplay.

They are their own things